In minecraft you can build mob grinders. This post will tell you why you need them and how to build them. You need mob grinders to get resources without having to risk your life. These are the things you can get from them (I am not doing passive mobs, like cows and chickens):

For more info go to the minecraft wiki drops page.

There are many ways to build mob grinders but I’m only telling you one. Probably the most simple is a hole in the ground 30 blocks deep. It can be as big as you like, I use a 3 by 3 hole. Dig the hole and place signs around the inside edge. At the bottom place two layers of hoppers with chest underneath. Finally another hole 1 block wide and ladders down the edge, so you can get to the bottom without killing your self. Don’t forget a trap door at the top to keep the mobs out. Make it so that you can go underneath the chests and your done. I hope you enjoy building this one and lots more, bye for now.

Here are some pictures to help you out. 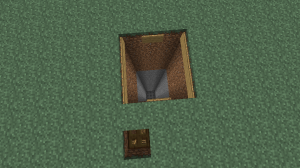 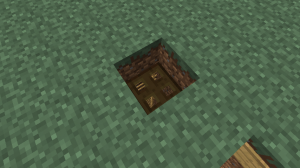 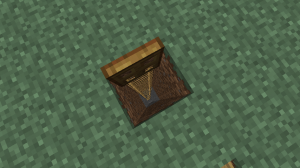 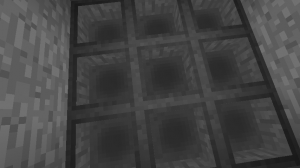 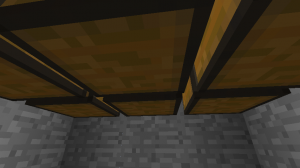 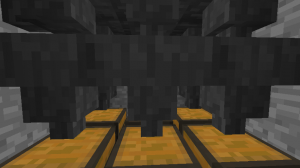 Have Fun! and stay safe!

Warhammer 40k is a strategy battle game set in the 41st millennium! It is done by Games Workshop. There are lots of armies. I play with the Space Marines, because they are men with very powerful weapons!

It is very complex and the battles are quite long. When playing you will need dice, lots of dice. Every weapon needs some dice! When battling you can have two or more armies.

I like Warhammer 40K because you get to do huge battles! If you were just starting out then I would recommend Dark Vengeance or Assault on Black Reach, because they have every thing you need to start out. Or you could just buy an army, and play with somebody who has a codex.

There is a monthly magazine called White Dwarf that informs you about new models and what events are going on, like when the next white dwarf is coming out and even battles with the new models.

In minecraft, monsters come out at night and kill you, so you need to have a safe house. First you need to get wood and build a crafting table. Then you have three choices;

Choice one: dig a hole in the ground and build a door.

Choice two: build a house then craft a door.

Choice three: steal a house from a village! (preferably the library)

Your house could be a simple home with one room and no windows, or it could be a fortress with a ball room and spare bed rooms, secret passageways, treasure rooms and spectacular windows!

In minecraft mining is very important because you can get minerals but when you do you need to know golden rule of minecraft. DO NOT DIG STRAIGHT DOWN! Because if you do then you could end up in a large cavern or a lava lake. Instead try to mine a staircase down.

You can pick anywhere you like to mine, no land is more likely to have minerals. You could have your house with the mine inside it, or you could put your bed and stuff underground inside your mine! Either way you should have a door to your mine to stop monsters coming in!

When starting a mine you first need a pickaxe. To make a pickaxe you will need 2 sticks and 3 of your chosen material. There are 5 tiers of pickaxe’s these are (I have ordered them in efficiency) wooden, golden, stone, iron and diamond. Sometimes you can find coal and iron on the surface, but this is very rare.

You can mine coal with any type of pickaxe, for iron and lapis lazuli it’s stone. An iron pickaxe can mine anything apart from obsidian and bedrock. Diamond pickaxes can mine anything, even obsidian. Gold pickaxes have only got more durability than wooden pickaxes, but make up for that from being the most enchantable.

Torches are needed to light your way in the dark, and stop monsters spawning in the mine. To make a torch you need coal or charcoal on the top and sticks on the bottom. Torches last forever so don’t worry about that. Sometimes you can come across under ground caverns with a variety of monsters. There will be more about the monsters you can encounter next time.

In minecraft you will need to know about monsters because they will kill you!

I will go through the monsters from weakest to toughest; zombie, spider, skeleton and CREEPER!

First the zombie, which is the most common. On normal or hard mode they can break doors. They can spawn with items held or armour worn. If you kill them you will get rotten flesh and if they have an item they might drop it. If you have just started out then you should run away. You are safe from them in a house at first.

Next the CREEPER! Creepers are the scariest of the four. The creeper blows up when you get too close to it. It makes no sound except for a hissing sound when they get too close and as I said blows up! If a skeleton kills it, then it will drop a music record. But if you kill it yourself, it will drop gunpowder (very useful).

That’s it for now, next time I will be talking about food

fiveotherwise.com is a participant in the Amazon EU Associates Programme, an affiliate advertising programme designed to provide a means for sites to earn advertising fees by advertising and linking to Amazon.co.uk and Javari.co.uk.